“Safety in surgery” Contributions beyond the call of duty

Here are a few examples of Professor Amir Nisar’s contributions at the highest levels  in United Kingdom and Europe. 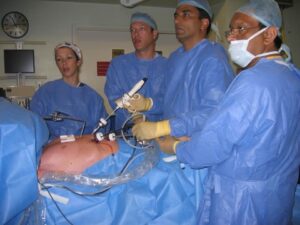 Professor Amir Nisar has taken keen interest in MIO for many years. His experience in leading Laparoscopic centers and interaction with leading surgeons from United Kingdom and Europe has helped him to learn the technique, follow the progress and contribute towards the progression of the technique as a leading in certain aspects.

Professor Amir Nisar presented the concept of Standardised training and mentorship for minimal Invasive Oesophagectomy and Gastrectomy in the Association of Laparoscopic surgeons of Great Britain and Ireland (ALSGBI) in January 2009.

The rationale of an upper gastrointestinal cancer surgery national training programme was to ensure;

The concept was to devise a structured training programme for the surgeons who wished to start undertaking laparoscopic oesophageal and gastric cancer surgery; usually 5-10 hours long and complex operations.

This programme was planned to helped experienced surgeons already performing gastric mobilisation and wished to proceed to thoracoscopic stage of the operation.

These operations are complex and Professor Amir Nisar having had exposure to these procedures since 90’s strongly believed that the learning could be streamlined to ensure patient safety and reduce complications.
This initial idea was approved in the council followed by a draft model approval in March 2009, and the final draft document approval in June 2009 for mentorship programme. 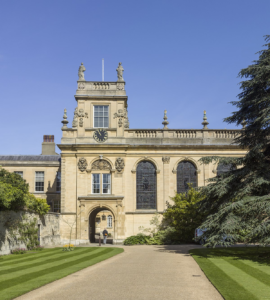 This meeting was organised by ALSGBI. Professor Mike Parker (President ALSGBI) chaired the meeting and more than fifty eminent upper GI surgeons from United Kingdom attended the meeting. I participated as a member of faculty and organizer. I had four presentations in the conference sharing my 15 years’ experience and observations on Minimal Invasive Oesophageal surgery, with proposal of the programme and recommendations.

Collective recommendations were collated and a document submitted to ALSGBI council for approval and presentation to
the department of health.

I was invited to the meeting, which I attended and made positive contributions along with

a colleague from my center. Our views were relevant as us being one of the leading

prior to this meeting. At the time of the meeting we were conducting Minimal Invasive

from the other regional cancer centers of the country and abroad, visiting our center.

The document from this meeting has been referred to by the Claimants Lawyers (Point 1), and also the defense expert witness report. The page of contributors has my name listed in it.

The document is titled, “A Consensus View and Recommendations on the Development and Practice of Minimally Invasive Oesophagectomy” 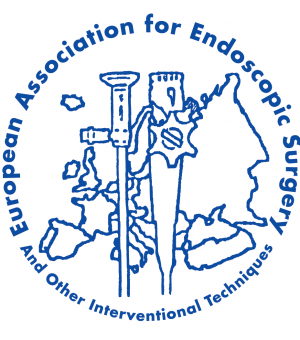 While serving on the executive council of European Association of Endoscopic Surgeons (EAES) as Education and Training committee, I was assigned to prepare a structured plan for a fellowship programme for surgeons in training. This programme is to help training the surgeons of future in centers of excellence across Europe.