Recovery after Laparoscopic Inguinal / Groin hernia surgery. What to expect? 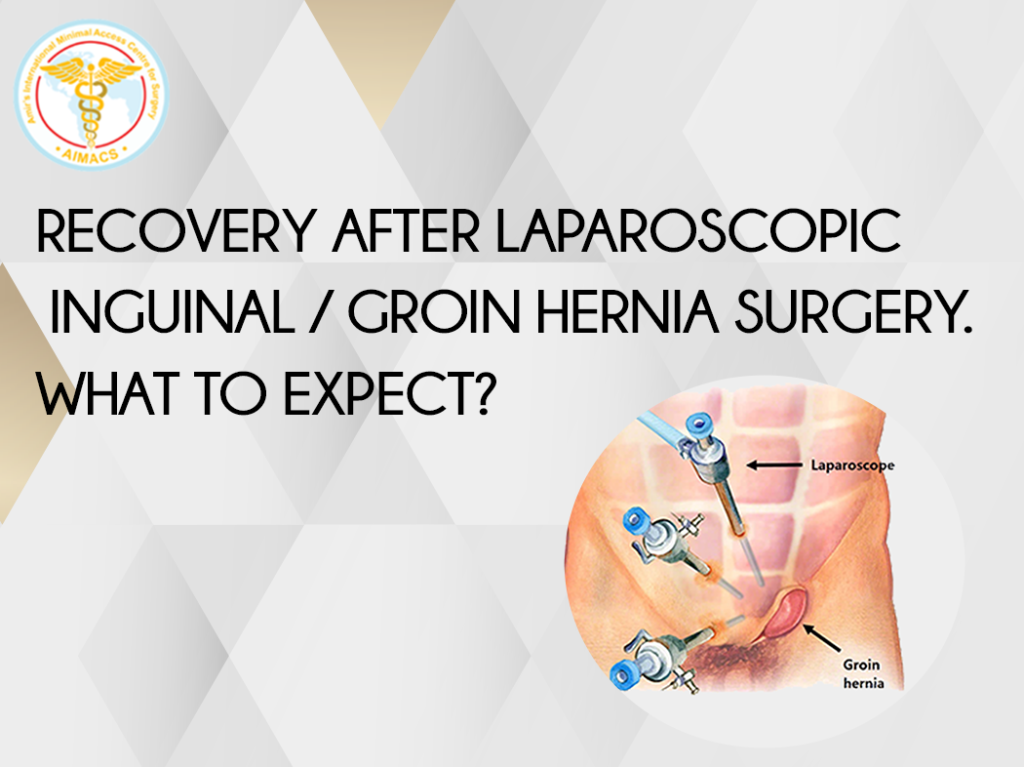 Author has 30 years’ experience of Laparoscopic surgery. He is a teacher and trainer in United Kingdom, Europe, Middle East and Asia in Gall Bladder disease surgery 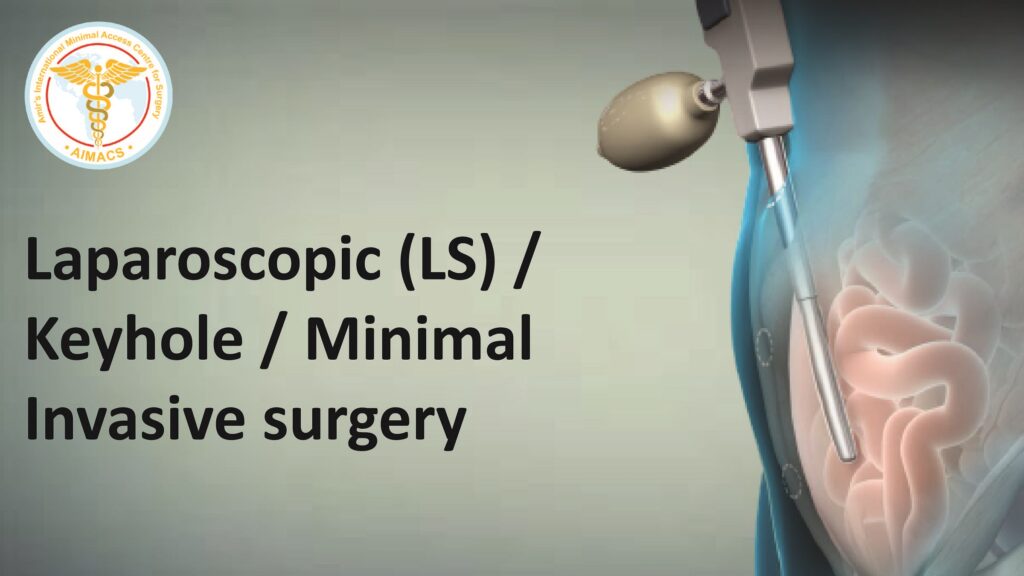 Laparoscopic (TEP) / Keyhole / Minimal Invasive surgery allows a patient to have an operation similar to open surgery, with much smaller incisions/ cuts on the skin and through the muscles. Recovery is quicker after Laparoscopic surgery than open surgery. 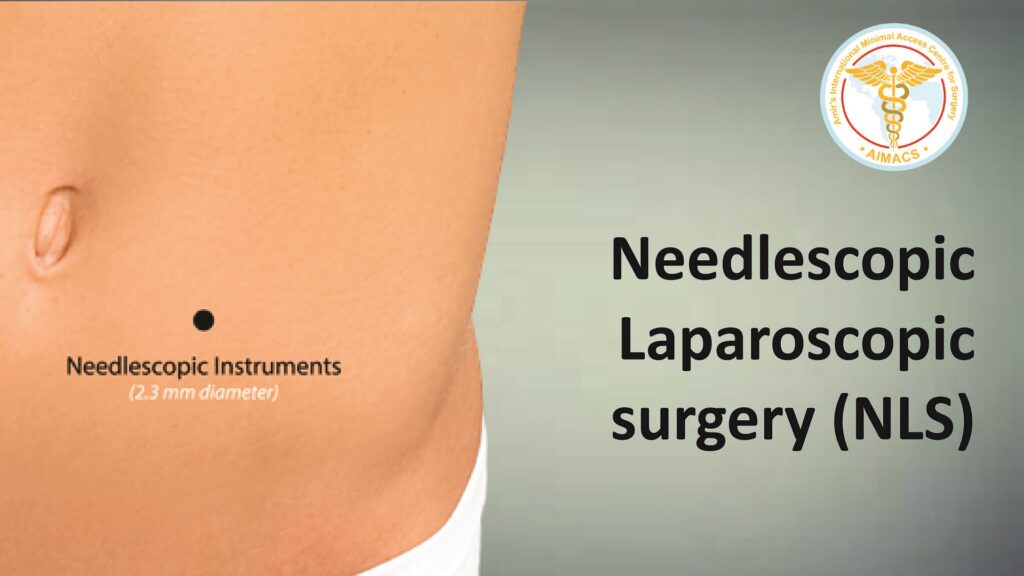 Professor Amir Nisar’s Mini-Scar-Less (MSL) Laparoscopic Totally Extra Peritoneal (TEP) surgery for Inguinal hernias has set a new standard in terms of cosmesis and recovery and is better than the traditional Laparoscopic Surgery.

In this article Professor Amir Nisar will provide an insight into a patient’s expected recovery journey in most cases after a standard Laparoscopic Inguinal Hernia (TEP) surgery. There may be variations and one will need to be mindful of variations in recovery and should not hesitate consulting the operating surgeon. 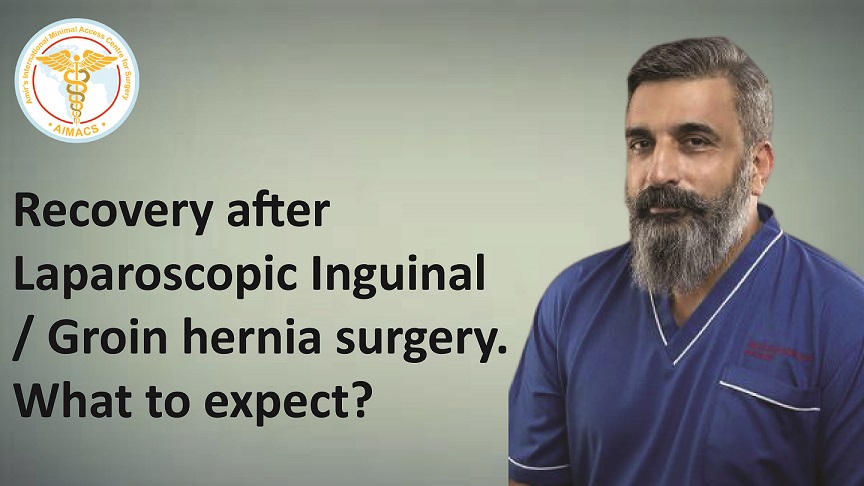 Open inguinal /groin hernia surgery should ideally be avoided due to some of the risks and complications involved; like chronic groin pain. This has been the recommendation of NICE (National Institute of Clinical Excellence), United Kingdom.

Standard Laparoscopic Totally Extra Peritoneal (TEP) groin hernia surgery typically has an operative time of 30 minutes to 50 minutes (for one sided or both sided groin / Inguinal hernia under general anaesthetic.

For relatives the overall wait time seems much longer. Patient’s journey to theatre includes, going down to the receiving are in theatre (5-30 minutes stay), anaesthetic time in theatre (10-30 minutes), Positioning of patient and theatre set up (5-15 minutes in theater), Extubation / bringing the patient out of anaesthesia (5-30 minutes), Observation in recovery area (15-45 minutes). Overall time spent in theatre complex is 60 – 180 minutes excluding operating time.

Once patient returns to the ward, he/she still remains sleepy / woozy despite being awake and communicable for another hour or two; depending on the type of anaesthesia and pain killers administered during and after surgery.

The other parameters for recovery are as follows:

Generally, 1-2 hours after returning to the ward. One is awake and starts with sips building up to free fluids and diet in a few hours.

Within an hour or two, building up to walking to wash room with supervision and support within four hours. Walks in corridors can be commenced after 4- 5 hours. Sitting on chair outside bed is preferred and recommended. Early mobilisation helps to expedite recovery. 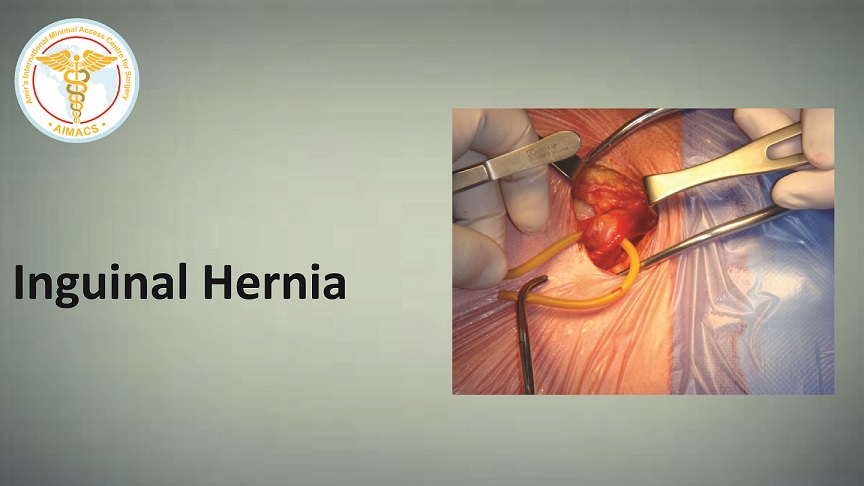 a.) In an ideal world the pain should be 0/10. However realistically one can expect pain scores of 0-2/10 after Standard Laparoscopic Totally Extra Peritoneal (TEP) groin hernia surgery. Pain is generally in the groin and near belly button / umbilicus.

c.) Though a person is reasonably comfortable by the end of first week, however, one can expect slight discomfort and at times pain for up to two weeks as one increases the activity while the healing is still going on in the body. Very few people may feel pain for up to three weeks or longer.

4. Opening bowels/going to the toilet

Passing water/urine commences within a few hours after surgery.  Some elderly patients may have difficulty in passing urine after surgery and will be advised accordingly. This is more of a problem with open surgery but rarely seen after Laparoscopic surgery.

One will pass flatus /wind from the day of surgery or one day afterwards. Bowels will generally open day 2-5 after surgery.

On is less likely to get constipated after this surgery than other laparoscopic operations. Constipation is because of eating less during this period or due to taking painkillers after surgery. In cases of known history of constipation or not opening bowels after surgery, taking laxatives is advisable. Any laxatives that a patient is familiar with or the surgeon advising, will suffice.

A patient after Standard Laparoscopic Totally Extra Peritoneal (TEP) groin hernia surgery getting sudden left sided abdominal pain 4-5 days surgery is generally due to faecal loading and constipation. If worried, then medical advice from surgeon should be sought.

In United Kingdom most patients will be discharged home a few hours after the surgery.

If there were any complications during surgery, including conversion to an open operation during surgery or any observation of a problem needing addressing, one may need to stay in longer.

There are no dietary restrictions.

One starts from liquids from the day of surgery to normal food the same day.

One can travel for reasonable distance by road on the day of surgery or the day afterward. Longer and bumpy journeys can cause discomfort but do not interfere with surgery or its outcome.

From the day after surgery with light walks, but being sensible and slowing down or stopping if one feels pain or discomfort.

From 4-5 days after surgery onwards, once the patient is off the painkillers. Excluding core exercises and those exercises requiring to hold breath and strain; like over head presses with weights, dead lift or pulling a bus or a plane!

Generally patients are advised to take it easy for up to three weeks after a standard Laparoscopic hernia repair.

After Amir’s MSL (MiniScarLess) Laparoscopic Totally Extra Peritoneal (TEP) groin hernia surgery, there is no restriction on post-operative lifting of weight. The decision to slow down or stop heavy lifting is only based on the healing and pain due to it. There is no risk of recurrence. In some special circumstances the surgeon may advise the patients to go easy on heavy lifting for a period of 2 weeks after surgery.

Generally, when one is pain free and can focus on driving and road safely with a safe margin. Its variable and can be 4- 7 days after surgery with no complications. Insurance companies may not cover if one drives too early after surgery, while having pain.

In the sea after 1 week

In the pool after 2 weeks

“After a day if you are self-employed; after 6 months if you are a civil servant”, is what I told many of my patients in United Kingdom.

Probably allowing 1 weeks after surgery will suffice in most cases in Dubai, United Arab Emirates. If in doubt then consult with your doctor.

Tired of Acid Reflux?
Get In Touch